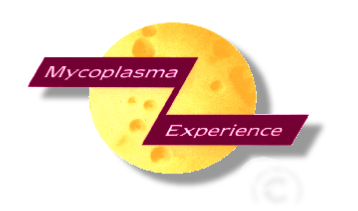 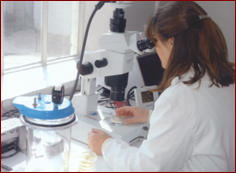 Two cultural tests are offered, a cell-culture test and a cell-screen test. In both tests our uniquely sensitive media  is used, but the cell-culture test has a larger inoculum volume and longer test period. For the cell culture test copies of the test work-sheet and media lot validation forms are issued (for GLP purposes).

We inoculate onto properly validated mycoplasma media with tests conducted by expert and experienced personnel - recognised throughout the biotech industry as the most sensitive method of mycoplasma detection.

Your samples are tested on our unique media formulations developed to allow growth of cell-culture contaminants which have necessitated the use of indirect tests (eg DNA staining) in conjunction with culture.

Because we don’t have to rely on less sensitive indirect tests to detect these organisms there are no false positives and a reduced likelihood of false negatives.

We give prompt notification of positives so you can take remedial action (negative tests must complete the full 21-28 days incubation but we detect most infections within 7 days and often within 48 hours.)

We can advise on sample point selection, extent and frequency of testing and, where necessary, communicate with Licensing Authorities regarding mycoplasma testing of your products.

For low-temperature cell cultures - insect, plant or fish - we include an additional low-temperature set of quality control organisms. Testing is performed in parallel at 36 ± 1ºC and at the cell-culture optimum growth temperature.

Where samples are found to be positive, an eradication and/or identification service is offered if required.

Cell cultures provide an ideal cultural environment for contaminating mycoplasmas which, once an infection is established, can spread rapidly to other cell lines in the laboratory. Mycoplasmas have been recognised as common contaminants of mammalian cell cultures for many years and they should not be overlooked as potential contaminants of insect or plant cell lines.

Whilst mycoplasmas, unlike bacterial or fungal contaminants, may not reveal their presence they can have a profound effect on cell cultures. Regular testing for mycoplasmas is the only way to be sure of working with mycoplasma-free cell cultures leading to confidence in the quality and validity of data obtained.

A combination of direct culture on mycoplasma media and an indirect, or non-cultural, method is generally recommended for reliable examination of cell cultures for mycoplasma infection. Direct culture, if properly controlled, is widely accepted as being the most sensitive method for their detection; the indirect test is required for detection of mycoplasma strains which do not grow on conventional media formulations.

Where non-cultural methods are employed for mycoplasma detection the inclusion of adequate controls is as important as the quality control testing of media used for mycoplasma isolation. A number of non-cultural techniques have been developed, the most widely used being PCR. This can be combined with cell culture, with an enrichment step prior to PCR to ensure detection of any mollicutes present. This is known as a hybrid test.

An alternative, and less-often used method is DNA fluorochrome staining. The sensitivity of the test (105 colony forming units/ml, if applied directly to the test culture; M. Thangavelu et al. Hum. Genet., 1979, 47, 199-202) is much improved by co-cultivation of the test sample with a stable cell culture for several days prior to staining, but the failure of the infecting mycoplasma to cytadsorb can be a hindrance to detection. Some common cell culture contaminants, including M. orale, show little or no cytadsorption.

Extensive media development by Mycoplasma Experience scientists has resulted in media which support the growth of M. hyorhinis cultivar α as well as many mycoplasma species recognised as difficult to culture including fastidious strains of M. orale and M. fermentans. (The strain of M. orale encountered by Merkenschlager is used routinely for quality control of media). Use of these media for cell culture testing eliminates the need for additional testing methods and permits detection of low level infection of both fastidious and less culturally demanding strains independently of their capacity to cytadsorb.